The experienced professionals at Complete Turf and Landscaping are eager to serve you. 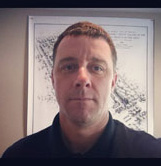 Mike started in landscaping when he was 14 years old as an assistant with his father's tree care business, fertilizing trees and treating American elms for Dutch Elm Disease. After studying at the University of Missouri he worked at Ironhorse Golf Club and later was the Greens Foreman at Indian Hills Country Club. Prior to founding Complete Turf and Landscape, Mike served as sales representative, account manager and seasonal color coordinator for Hermes Landscaping.

In 2005 Mike became one of only 66 people in Missouri and Kansas to earn the title "Certified Landscape Technician" from the Professional Landcare Network. He has an Associate in Applied Science, Grounds and Turf Management degree from Longview Community College.

Mike is active in the community serving as both a merit badge counselor for the Heart of America Boy Scouts and is a Troop Committee member with Troop 150. Mike is the President of the Ward Parkway Homes Association and is also the Chapter Advisory Board Chairman for the Phi Delta Theta Eta chapter at Missouri Western State University.

In his spare time Mike enjoys spending time with his wife Debby and their children Mary, 20 and Robert, 16. His interests include youth coaching, golfing, biking, canoeing, camping and attending Royals and Mizzou Tigers games. 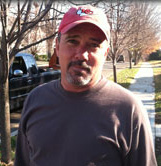 Richard has been installing and repairing irrigation systems for over thirty years. Richard is a graduate of Bishop Miege High school, and attended Kansas State University. In his spare time he enjoys golfing and hitting the lake.